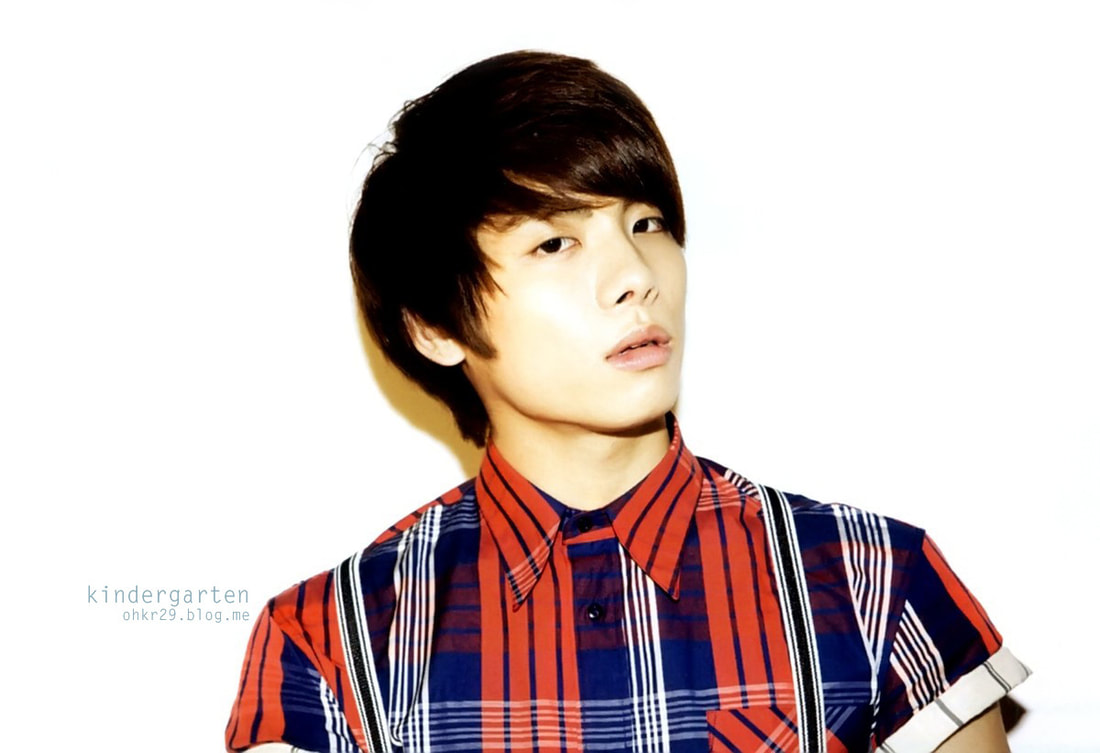 What does SHINee mean to Jonghyun? What is Minho really focused on these days? Read to find out!
JONGHYUN:
He was unreservedly relaxed throughout the photoshoot. When he had an eye contact with me, he didn’t avoid it. My first impression of him was different. A born vocalist and emotional man who cries often on stage. I expected him to be shy, but he wasn’t.
“We have had photoshoots with a variety of concepts. The formal style with a shirt and tie is not very comfortable to me. I usually pose and act relaxed and loose.”
Jonghyun endured the first half of the year “patiently” because of his leg injury.
“We had our solo concert for the first time since our debut, but I couldn’t dance for most of the time. But we had lots of performances together at the later part of the concert, and special stage sets helped me slake my thirst somewhat.”
His tears before fans during their concerts in some Asian countries, including Japan, became a hot topic.
“I’m sensitive and easily moved to tears. Usually all our emotional rhythm goes “up” during performances. My emotion seems to become uncontrollable as all kinds of thoughts come to me. But I’m not crying because I am sad.”
How does Jonghyun think of his voice as a vocalist?
“Most vocalists don’t like their own voices very much. Some of them receive training to change their voices. But I can at least assure you I can make whoever listens to my singing recognize it like “Ah, this is SHINee Jonghyun” instantly. I think I have my own distinct color.”
Then, what song does Jonghyun like most amongst SHINee’s songs? He answers immediately:
“Actually, there are some unpublished songs I like. Yet ‘Noona Is So Pretty’ is the song I feel most attached to.”
I was curious about ‘Obsession,’ the song whose lyrics he participated in writing.
“When I was little, my mom didn’t give me pocket money if I didn’t write book reports, haha. Maybe because it’s become my habit, I feel relaxed when I am writing. I make notes of ideas and use them when I study writing lyrics.”
Jonghyun was serious throughout our Q&A about music. He was back to being lively when I asked an unexpected question.
“Three things I like most besides music? Well, I think I have nothing left with music excluded. Ah! I like animation with heroes and comics. And also exercise except for playing with a ball.”
Jonghyun was a very good speaker. He used every word precisely and made clear pronunciation carefully. It didn’t take him long to answer any question. Lastly, I asked him about the ‘identity of SHINee.’
“(Identity of) SHINee? SHINee is SHINee. What more is there to explain? To me, SHINee is like this: Going together all the way as we get older.”