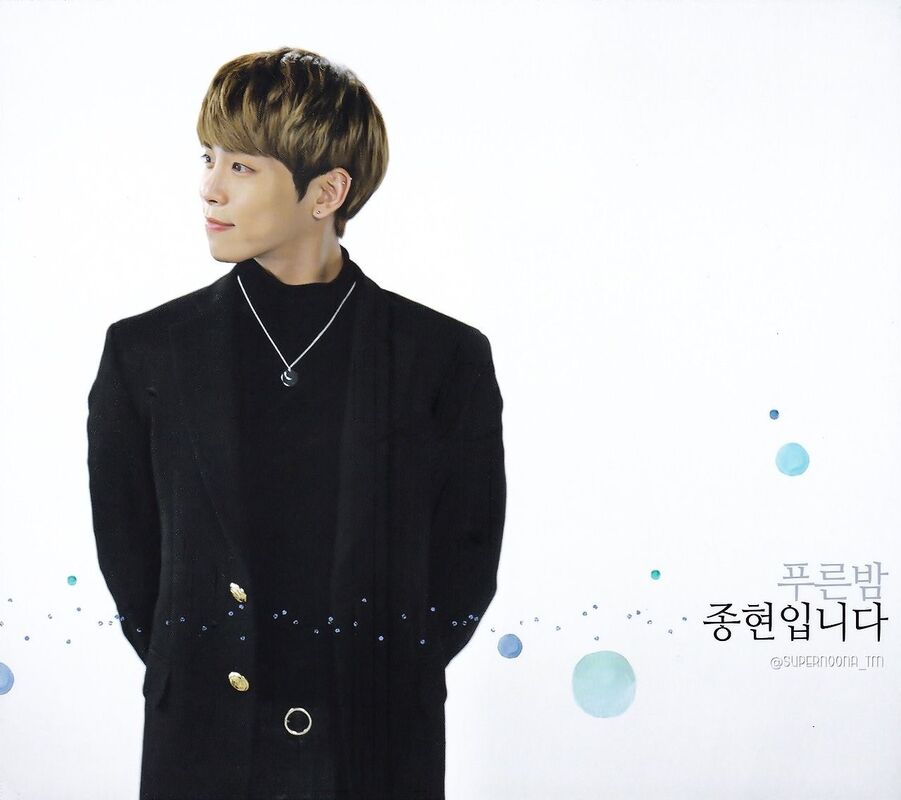 Listen to full audio of his first broadcast..

Jonghyun made his debut as the new dj for mbc fm4u’s blue night radio, replacing the former dj, brown eyed soul’s jungyeop. jonghyun stayed on as dj on the show for just over three years before retiring post on april 3rd, 2017. in the three years that we spent with jjongd we were not only able to get to know him better as a person but we were able to watch him develop into the singer-songwriter that he always dreamed of becoming. he made his solo debut just one month shy of his first anniversary on the show and it was through a special corner that he created, the man who composes, where he composed and wrote songs based on stories sent in by listeners, that we were able to receive two incredible albums: the collection [story op. 1] and the collection [story op. 2].

Reasons he gave for Leaving.

On March 9, a source from MBC’s radio department explained, “This conclusion was reached after a thorough discussion between Jonghyun and the production crew. Though it’s unfortunate, Jonghyun has decided to step down due to SHINee’s busy schedule.” SHINee will be going on tours in Japan and North America soon.

​Jonghyun stepped down from the DJ chair after spending three years as the host for MBC FM4U’s “Blue Night.”
On April 4th 2017,  Jonghyun spent his last day as DJ for Blue Night. MBC FM4U which lasted more than three years, 1155 days and nights. 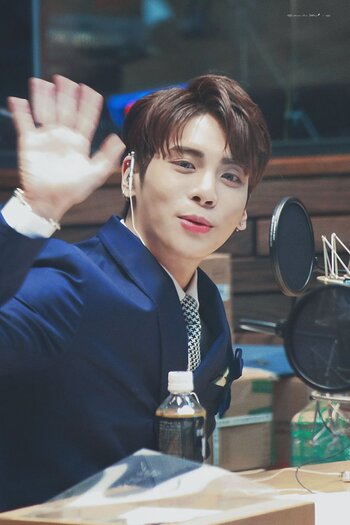 (ending mnet) jonghyun: “probably even if it weren’t that time, you and i surely would have met.” it was the song we listened to together during the 1,000th blue night between you and i. they are the lyrics from the song - which the title, itself, is straightforward. jonghyun’s “1000”. radio to me is … deeply meaningful and an experience of great growth. i’ve said this a lot: that pain always follows growth. i think that it’s a process where i experience the pain of growth. despite that, it became precious memories to me. i hope it became precious memories to everyone, and i hope to reminisce it as i promise the day i return.
radio was a big turning point of my life. and blue night …, i don’t know how many times i have repeated the term blue night with my name at the front. the sentence: “blue night, i am jonghyun” was really awkward in the beginning, but it had now become familiar. the day when i had to temporarily bid goodbye to this familiarity has come. that’s right. the thing about life is about repetitive meetings and separation. i believe that we are also in that process and that’s why we are growing. right now …, it’s a pity. it’s disappointing and tears flow but we will definitely meet again. “probably even if it weren’t that time, you and i surely would have met.” that time …, i hope that time will come soon. that time, we will greet each other with joy and that will be even great that the feelings of the present.
i troubled a lot over how i should do the last ending and i’ve decided i’ll do it like i usually do, but i’ll add in one more line before that: this has been blue night. i am jonghyun. i, too, will rest and come back. everyone, as usual, and peacefully, please come and rest tomorrow too. i love you all.
​"Today I became Blue Night’s DJ. It was a day with trembling and breathlessness. I’d like to stay on this chair for a long time. While crying and laughing, I’d like to treasure your stories and your daily life together forever."
to. my star ♡ lee soyeah (lead vocal of hexe)
written for jonghyun / his blue night departure
translation: sullaem

your voice
finds me at the end of a day.
just like a dream, it feels like you’re next to me.
perhaps we were always together.

the countless stories
you told about your daily life
were so precious to me.
when will i finally be able to tell you?

hello, i feel a bit shy but
allow me to say a greeting.
to you, who gave me such comfort.
i’ll always remember
your voice that patted and soothed me.
the blue nights we shared together
all the days that were dazzlingly bright.
even if we’re far apart
we’re always together, my, my darling.

twelve o'clock, the space between today and tomorrow.
you, beyond the radio.
are you always there?
when i’d meet you at the end of a day
and race from midnight through dawn
gradually my weary heart
would peacefully fall asleep.

over the frequencies, what kind of things
would we be able to share.
the idea of someone waiting for me
was probably my greatest comfort.

really, just once
i really wanted to tell you these words.
because i know you’d be happy to hear
bling bling, very, very sweet heart.
that’s what your voice feels like to me.
i came to rest today, too.
how was your day?
this is a secret, but
i’ve been waiting for you forever.

twelve o'clock, the space between today and tomorrow.
you, beyond the radio.
are you always there?
when i’d meet you at the end of a day
and race from midnight through dawn
gradually my weary heart
would peacefully fall asleep.

tick tock, tick tock.
beyond the flow of time.
​
a person who found me by coincidence.
the really great memories of
the beginnings and ends of days we spent together.
now it’s time for us to part
even if you’re far away
i hope you’ll always be well.
goodbye.

translator’s note:  “my, my darling” was literally just “my, my you” in korean (토닥토닥, 쓰담쓰담) (onomatopoeia’s for “pat pat, caress caress”) have been paraphrased.
lead vocalist of group hexe, (lee) soyeah, who is set to make her solo debut, has revealed that her debut single, “to my star”, was written / inspired with blue night and jonghyun in mind. soyeah revealed in her debut interview (which can be found at the source) that she was an avid fan / listener of blue night radio throughout the three years that jonghyun was dj, and that when he announced he was stepping down from the show, she was so saddened / filled with sorrow about it that she was inspired to write the song.. “to my star” (which a clip can be listened to of here) will be released today at 12pm kst. (source)
The official music video for “to. my star” by hexe’s soyeah has been released. as mentioned in this post: soyeah wrote the song with blue night radio / jonghyun in mind after he announced his leave from the show, due to her being a longtime fan of him on it. a note that the song was actually played during his final broadcast of blue night radio (which you can find a snippet of from her official instagram here) before it’s official release (which was today) though no one is sure if jonghyun was aware when playing it that the song was written by another idol. a translation of the lyrics (which are said to be very cute / sweet) will be coming soon. the song can be downloaded on melon as well!