Jonghyun: I’m shy around strangers.....
Because go young bae made a logo song for the special broadcast jonghyun made him a promise to do one thing that he requested.
■ jonghyun: just one thing. not shinee, just me! (go young bae laughs) you were gonna ask for taemin, weren’t you?! you were gonna ask me to bring taemin!
■ go young bae: no, it’s not that. (laughs) but …, you’re talking seriously, right? you’ll do my request?
■ jonghyun: yes, yes.
■ go young bae: even if i ask you to come for dayoun’s birthday party? dayoun has to know by now how a handsome man looks, i should show her.
■ jonghyun: okay then. i’ll put on make up, and put my hair up with a tuxedo and then show up, like: “dayoun-ah, it’s me, oppa.”
[note: da youn is go young bae’s daughter, who makes frequent appearances on his instagram.]

■ jonghyun: you have about ten seconds left until part two (of the show) begins. anything you want to say?
■ go young bae: you look handsome today.

go young bae asked jonghyun about shinee’s repackage! he (jokingly, due to his love for it) asked him if “prism” is the title track. jonghyun responded that “prism” is just one of the songs on the album, and that the repackage will have a different title track. (as per usual) he also confirmed that the album is in it’s final stages

jonghyun mentioned bts during yesterday’s broadcast. he said that, out of all of shinee’s juniors (that they’ve promoted with recently, etc.), he likes bts because they’re “good and polite / well mannered.”. he also said that “피 땀 눈물 (blood sweat & tears)” is a great song.

jonghyun: it’s been about two months since i last ate noodles. i can start eating them soon but i’m going to hold out for a little longer. it’s because i’ve been preparing for the concert lately, and there has been some shooting to do (for it).

jonghyun: i had a recording today, and also a meeting, and then i went to exercise. i’m into workouts involving just bare hands. i’ve been practicing very… extreme movements these days so i’m into workouts like that. workouts like … horizontal bars. everyone, i did a workout called front lever today! [note: the translator mentioned that he told fans at recordings for “1of1” that he’s been doing “gymnastics” lately. the front lever is a well known gymnastics training move.]

(on “dress up”.) jonghyun: while writing this song …, i actually wrote it expecting it to not be on the album. i wrote it while i was in the sm songwriting camp. if you think of my album, there are songs of strong r&b tendency that are focused on vocals. this song is a song with great rhythm. i wrote it thinking … i have to try writing it even if it doesn’t end up on the album but, in the end …, it went on the album. i insisted, asking for it to be on the album. [note: it was mentioned in another translation that jonghyun said that he was practicing choreography for the song recently.]

jonghyun: when my friends say that a song that i recommend is good …, it really makes me feel so happy, like i could fly. and when i go: “this song is really good~, listen to it!” and put the earpiece on for them, i get nervous for no reason. i wonder if i’m taking away three minutes of my friend’s time (if they don’t end up liking it).

jonghyun: these days, when writing, there was this sentence that got quite carved in my mind. i don’t know if i’d be using it in lyrics or a poem, or using it in a writing, but when it comes to what concept it is …

[translator’s note: today’s blue night talk matches with a fan account from shinee’s fansign on october 13th. fan: please write me beautiful words. i’ll look at it every~, every day. jonghyun: then i’ll write you something really beauty. okay.

it’s a sentence i’ve been liking recently: “like this, it seems like i’ve gone beyond the point of liking you.”] 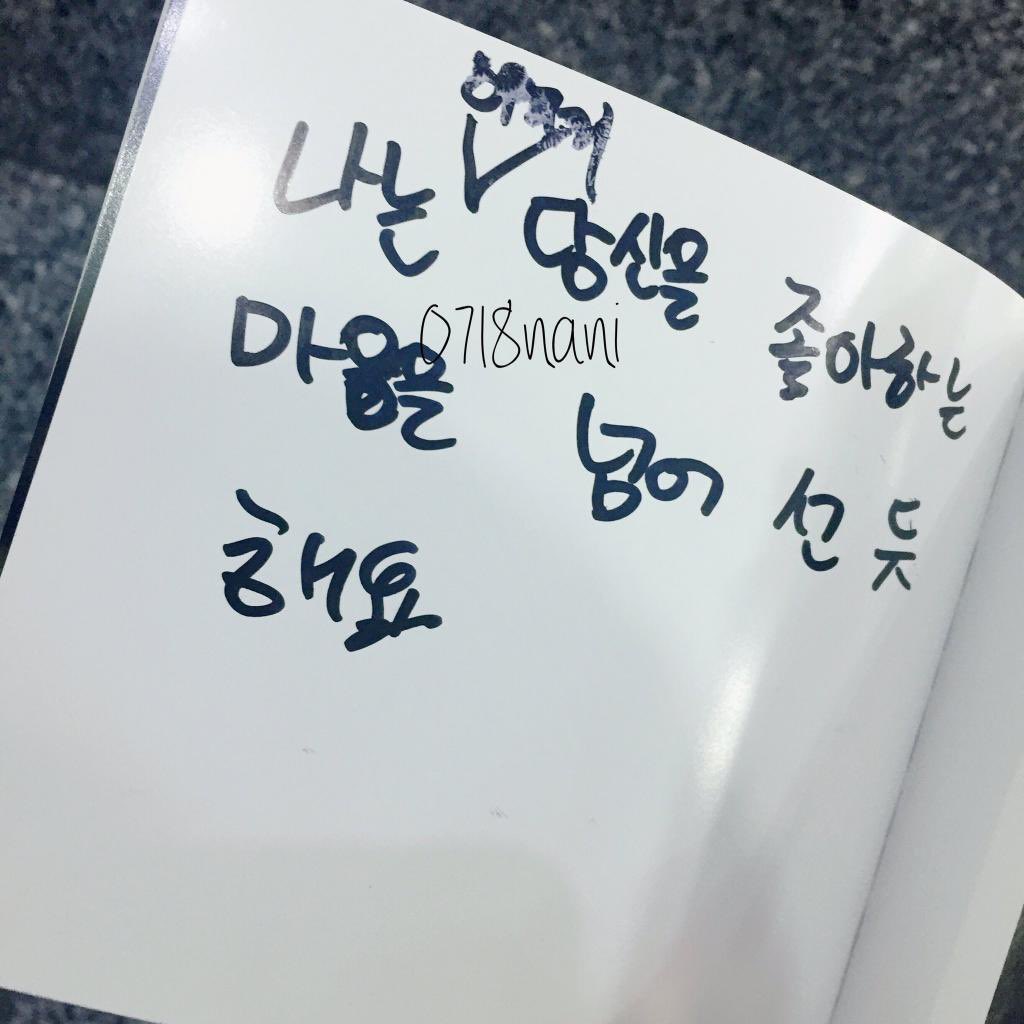 ​topic: the movie, me before you.
■ jonghyun: (…) also, the male lead in it is really handsome.
■ nine: that’s right.
■ jonghyun: you know i really like handsome actors. (laughs)
■ nine: me too. (laughs)
■ jonghyun: empathy, empathy. (laughs) these days …, i’m liking chang wook-ssi like that. he’s too handsome, whoa. k2’s ji chang woo, whoa, also …, snsd’s yoona comes on it as the female lead…, she’s really charming but i like ji chang wook even more. (laughs) chang wook more. (laughs) whoa, ji chang wook-ssi is really too handsome. (stops himself from giggling) okay, now to end this embarrassing / strange part of our talk, let’s listen to jack garratt’s “surprise yourself” and come back~

jonghyun was fanboying over ji chang wook during the show. “and he’s really handsome. i really like handsome actors, and chang wook is handsome.”

■ nine: do you believe in gods?
■ jonghyun: whether they exist? well …, my family has tried to convince me and i’ve also studied up about it, but …, well, i’m not too sure. i’ve studied the topic before because i was interested to find out (about it). i’m not too sure …, i’m still studying up on it, but it seems like they do exist.

jonghyun: i exercise a lot these days. all i can think about is exercise.

he also mentioned that he exercised and practiced today before blue night.

during dreaming radio (which jonghyun couldn’t attend due to scheduling overlap with his preparations for blue night) tei asked the members if there is anything that they have wanted to do together that they haven’t gotten the chance to. taemin responded by saying that he wants to go to a ski resort with the others, and that it was something that they had been discussing for a few years but have not gotten a chance to do so yet. jonghyun ironically stated at the start of blue night that he would like to do the same, despite the broadcast not being live.

jonghyun mentioned that he has been working “quite a bit” on songwriting these days.

■ jonghyun: i’m shy around strangers.
■ go young bae: yeah, you’re quite like that.
■ jonghyun: i walk around looking down when i’m at the broadcasting stations. of course, i also want to be polite so i greet people but …, if i have eye contact with someone i get embarrassed.

(on soran’s performance on mtv the show today, which marked soran’s first performance on a broadcast music show.) go young bae the most heartwarming thing was: there were a lot of shinee’s fans at the studio. they sang along to the song and cheered so much. i was really nervous at first, but i was able to do well thanks to them.

taemin revealed that the members and the company had a meeting and decided that “1of1” was the best option for a title song, to which jonghyun responded: “it was an interesting meeting, and we had a few meetings, too. how many did we have?”

jonghyun: our schedules started at 3am today. i received a phone call from manager hyung as soon as i got back home last night after the radio and had to go out again.

jonghyun: i’ve been eating a lot of honey lately. i eat one teaspoon after i eat my meals before going out to work. i also eat it just before going to sleep.

jonghyun revealed that he is in the midst of final touches on a composition for his songwriting corner, the man who composes, that will be released later this week!

(on infinite’s “can u smile”) jonghyun: the next song is full of emotions, and is really beautifully composed as it brings out the acoustic feel really well. there’s actually an original version of this song but, today, we’ll listen to the remake. it’s by the same artist, but it’s re-written into a different version (of the same song). it’s infinite’s song; it’s called “can u smile”. for this song, i’ve heard it live before on a broadcast program. it’s a really good song. i thought: “what is this? why’s the song so good?” of course, i like infinite’s songs, but it was really great when the members sang this live. so, i thought i should look up the song as soon as possible, and found that there was actually more than one version (of the song). the original’s kind of more like a dance song, but this version’s rewritten (to a more different style). it’s a song that i listened to often. the lyrics are really good. it’s a song that shows off infinite’s powerful vocals and portrays the lyrical emotions well. let’s listen to infinite’s “can u smile” [… (after song finished) …] many people know infinite mainly for their outstanding performance (skills), but they also have many lyrical songs like this one. if you’re interested, feel free to search them up.